Mia Khalifa found herself condemned by the Arab World for her decision to engage in hardcore sex videos (we're talking multiple BBC)… while wearing a hijab. She was only in the industry three months before deciding to pull out, but there are plenty of amazing videos of the Arabian princess fucking!

You may be familiar with Mia, but are you familiar with these other Middle Eastern sex goddesses??? Scroll down to see the Top 10 women in this genre RIGHT NOW!

Jordan Allie is an extraordinary petite piece of Arabian ass – she grew up in Laguna Beach, California, however, her family origin is from the Middle East, specifically Jordan. At 5'1″ and 110 pounds (soak and wet)  Jordan is a champion of taking the “D” in the “V”! With a no holds barred attitude and a devilish smirk she is known to fuck like there is no tomorrow. We here at Filthy Pie, are big fans of this next door looking Middle Eastern beauty!

No one said being an international adult film star was easy, however, this Tunisian babe Zeina Heart has made it look easy! This beauty dove straight into the adult film industry scene, with out any hesitation, in early 2003 at the barely legal age of 18. Since then she has not disappointed her very dedicated fan base by filming some of the kinkiest and dirtiest scenes we've had the pleasure of viewing. Zeina has credits with some of the biggest producers in the scene, including; New Sensations, Jules Jordan Video, and Digital Playground, just to name a few.

The beautiful Alexa Loren is the tits, literally! This buxom Egyptian goddess is known for her juicy 34D 100% natural yummy breasts and big tight ass. Although, Alexa does not participate in hardcore movies, we just couldn't help but put her on this list! She has gained a cult following all over the world from men and women alike, wishing they had just one night to live out their perverted fantasies.

One of our favorite things about the sexy Nadia Ali, besides being the hottest Pakistani model in the world, is that she is a true blue practicing Muslim. This heathen of the Middle East grew up in a very strict Islamic Community, which in turn made for a very promiscuous piece of pie. In an exclusive interview, Nadia said she is no longer allowed to enter Pakistan for her sexual exploitive movies. 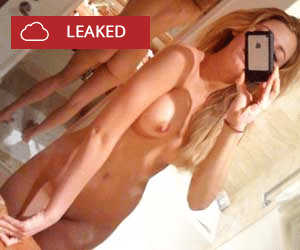